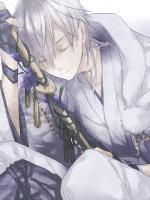 Content:
When he was on the verge of death, he was given a new lease at life by an unknown being. He traveled throughout the Universe as a Mercenary for it, having a System as his guide.He could be a scavenger, a bodyguard, an a.s.sa.s.sin or a murderer. He would do it all for the favor of a new lease at life.Watch as he completes his missions all throughout the Universe! .ZooUp Free Novels provides you with the introduction and chapters of Universal Mercenary System. Universal Mercenary System is a novel of Fantasy with both wonderful story and well-written.
Chapter #Time upload
Top